Infographic: The weird queries UK embassies have to deal with from Brits abroad

Click below to get the code. Please include an attribution to Delayed Gratification and a link with this graphic. 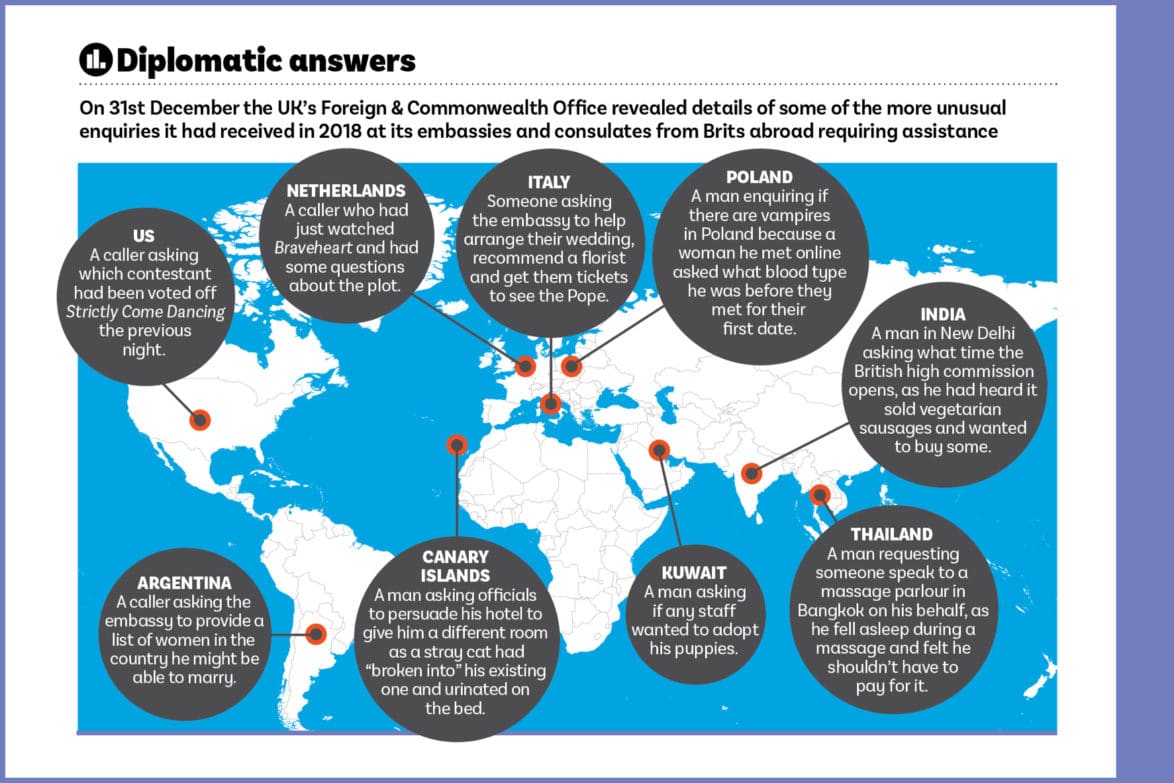 Aside from lost passports and visa enquiries, the most pressing issues for British travellers run the gamut of away-from-home emergencies, from missed reality TV shows to the threat of vampires – that’s according to a report released in December 2018 by the UK Foreign & Commonwealth Office, the highlights of which appeared in DG #33.

This infographic was published in DG#33. Pick up a copy in our online shop or take out an annual subscription using the promotion code ‘SLOWNEWSDAY’ for 10 percent off.

Want to learn how to make infographics? Join one of our classes