On 5th August 2019 India’s government under Narendra Modi abruptly revoked Article 370 of the country’s constitution, bringing to an end 70 years of semi-autonomous status for the disputed northern state of Jammu and Kashmir. In DG #36 we spoke to author and academic Ananya Vajpeyi about what the move would mean for Kashmir and its citizens, and for hopes of achieving peace in a region that’s long been a tinderbox for conflict between India and Pakistan 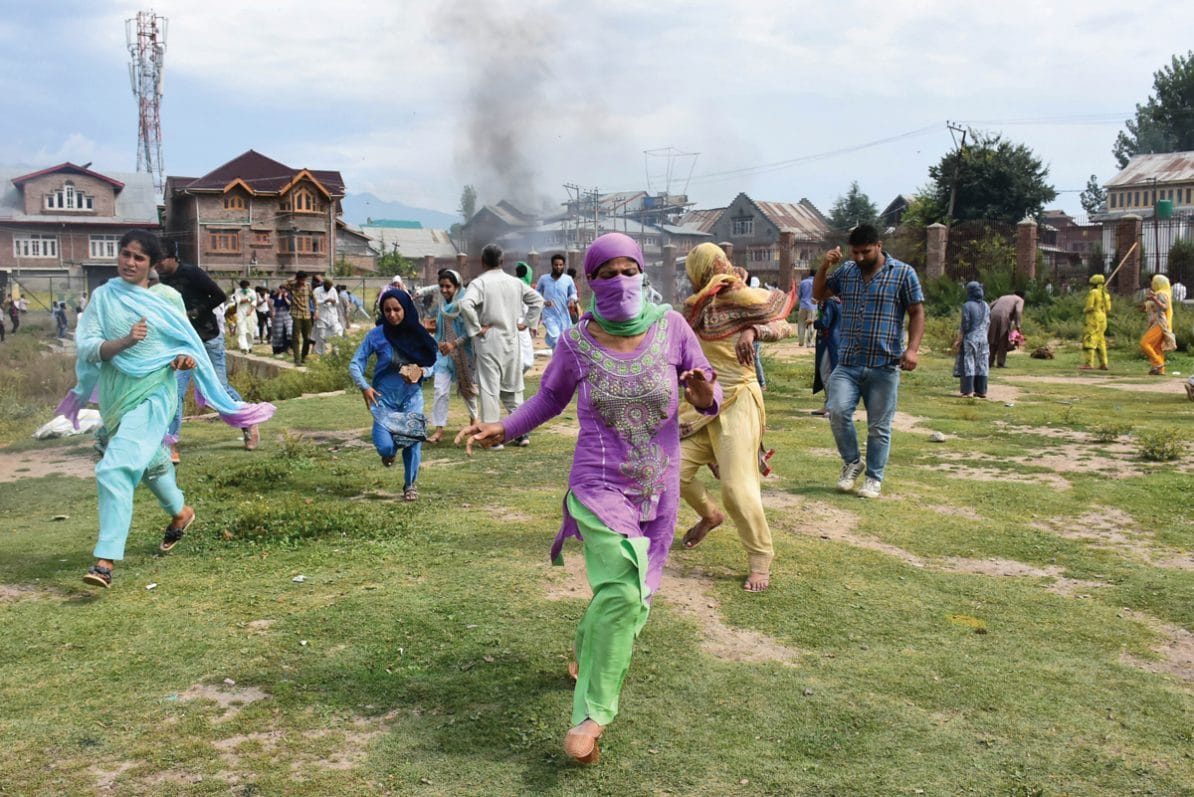 On the evening of 4th August, Indian academic and author Ananya Vajpeyi was about to eat dinner in Delhi when the phone rang. It was her husband’s grandfather, calling from the small village in rural Kashmir where he lives. It was late, and after a brief exchange he wished her good night and said he would call in the morning. Before he hung up, however, he told her he was concerned that something was afoot in Kashmir. “Things are not good,” he said.

At first Vajpeyi was not overly worried. The situation in Kashmir has not been good for a long time. Since the partition of British India after the war, there have been three conflicts between India and Pakistan over its status, in 1947, 1965 and 1999, as well as separatist insurgencies that started in the 1980s. Both India and Pakistan still lay claim to Kashmir, which is divided between the two countries along a ‘Line of Control’ established in a ceasefire agreement in 1972. Today, skirmishes across this de facto border are frequent. India is believed to have up to half a million troops in Kashmir and decades of conflict have taken their toll on the local economy and infrastructure.

Such damage means telephone and internet outages are frustratingly common. “The place is a ruin even if you go on a good day,” says Vajpeyi, who visits Kashmir regularly to see family. “There will be a time when your phone stops working, when you can’t work or get online.” Vajpeyi was therefore not alarmed when she didn’t get a call back from her grandfather-in-law the following morning. And then she heard the news.

People in Kashmir didn’t know what had happened. This is the world’s largest democracy, for God’s sake”

On 5th August, India’s minister of home affairs, Amit Shah, announced the revocation of Article 370, an agreement reached in 1949 that gave the Indian-administered part of Kashmir special status with a high degree of autonomy – including its own constitution, flag and control over internal administrative matters. Also rescinded was Article 35A, which prohibited non-residents from buying land or property in the region, thus implicitly preserving its Muslim-majority demographic.

Hours after Vajpeyi had spoken to her husband’s grandfather, India had implemented a total telecoms and media blackout in the region to control the flow of information. Unlike the usual brief outages in Kashmir, this time it would be 72 days until mobile networks were restored, and even then only partially.

“For months we were unable to reach the family,” says Vajpeyi. “A simple thing like cutting off phones generates fear and distress… There was no television, there was no internet, no phones, mobiles or landlines.” So effective was the news blackout that many people in the region didn’t even know its autonomous status had been revoked. “People in Kashmir knew something was wrong. There were more soldiers around than before, but they didn’t know what had happened. This is the world’s largest democracy, for God’s sake.”

The blackout and security fears also paralysed businesses in the region. Traders were unable to communicate with suppliers and customers. Farmers watched their autumn apple harvests rot away. Banks, schools and hospitals ceased to function as workers, anxious for their safety, stayed home. In total the lockdown is estimated to have cost the region’s economy £1.13 billion and thousands of jobs. Adding to the climate of fear and uncertainty, in the weeks following the revocation, Indian authorities arrested around 4,000 people in the region – including political leaders, journalists and activists.

Re-elected by a landslide in May 2019, India’s ruling Bharatiya Janata Party (BJP) has an aggressive stance towards Kashmir and, according to critics, towards Muslims and other minority groups. “This government is led by a Hindu nationalist party,” says Vajpeyi. “That party is backed up by a large group of political, cultural and social organisations, all of which have a Hindu majoritarian, neo-nationalist, right-wing agenda. And they’ve been very clear and open about this.” 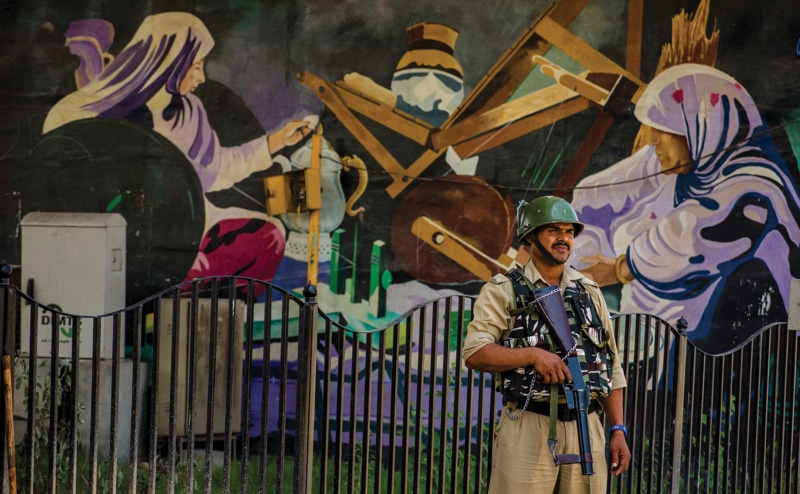 Vajpeyi fears that the revocation of Article 370 is part of a broader attempt by the BJP to roll back guarantees of a secular state, set out in India’s constitution. “They would like to rethink India as a Hindu nation,” says Vajpeyi, who believes that the BJP want to banish the concept of secularism. She says that they envisage an India in which “essentially citizenship only rightfully belongs to Hindus, the majority community, and there is scepticism about minorities’ status as Indians”.

“Kashmir was always seen as a threat to the idea of a united, integrated, singular Indian nation,” Vajpeyi continues. “There has been a desire for self-determination, possibly independence, in Kashmir from the word go. The fact that Kashmiris are predominantly Muslim, and they’re concentrated in this region, means… you can effectively make an example of Kashmir, [and show] that this is the future of Muslims in what is about to become an openly Hindu India. We can ghettoise you. We can cut you off. You cannot even have basic rights of assembly, of movement, of communications and interactions. You can be hemmed in and kept out of the body politic and the national mainstream and told on what terms you will be one of us. And if the terms are not acceptable to you, we don’t want to hear it.”

Indian prime minister Narendra Modi put a different spin on things. He has portrayed Kashmir as a basket case and a backwater, riven by corruption and terrorism, a society that will now have the opportunity to flourish under the benign direction of India. He has promised new jobs and investment in the region, and wooed non-Kashmiri Indians with the prospect of being able to enjoy the region’s famed beauty without having to worry about their safety. Modi had long expressed a determination to revoke Article 370, and in the eyes of many ordinary Indians, this was simply a premier with a vast democratic mandate fulfilling his promise.

Indeed, the BJP’s policies in Kashmir have proven popular among its followers, who flooded social media with jubilant posts in the days after 5th August. These included some controversial comments, including one by BJP lawmaker Vikram Saini, about how “light-skinned Kashmiri girls” were now available for marriage – previously Kashmiri women who married non-residents lost their special property and state job privileges in the region. “It’s egregious,” says Vajpeyi. “It’s a discourse of colonialism and invasion.” 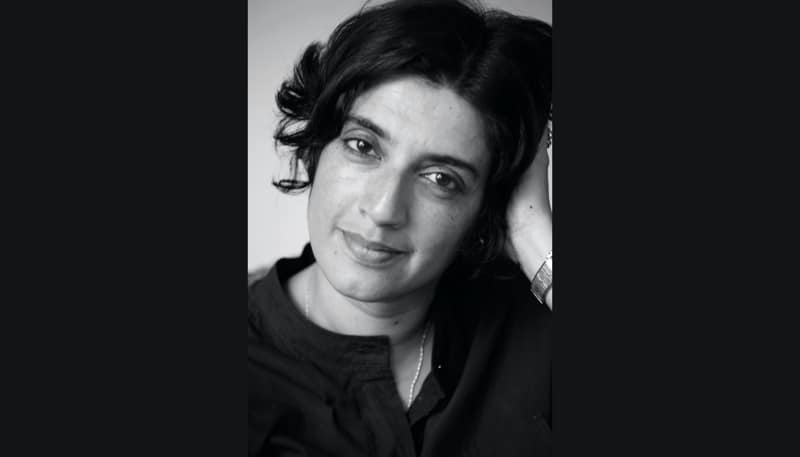 While some vague degree of normality in Kashmir is slowly returning, with the partial restoration of telecommunications and the lifting of a travel ban on tourists entering the region, any remaining hope that the government might backtrack on its policy has been extinguished. On 31st October 2019 India formally placed Kashmir under direct federal control from Delhi. Decades of semi-autonomous rule have come to an abrupt end.

Asked about whether there could be a positive resolution to the conflict in Kashmir, Vajpeyi’s response is blunt: “The words ‘positive’ and ‘resolution’ are terms that absolutely make no sense in this context,” she replies. “The only good outcome I could imagine is of widespread resistance both from within Kashmir and the rest of India and pushback from the international community and international organisations. But we are not seeing evidence of any of that.”

“The fact is that nobody is speaking for Kashmiris and Kashmiris have been completely stopped from speaking for themselves,” Vajpeyi adds. “It’s a dire situation… It is terrible for Indian democracy, it’s terrible for the region. What is happening to Kashmiris is absolutely unconscionable.” 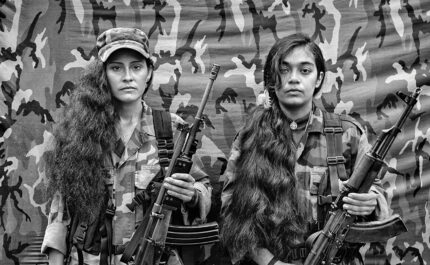 In pictures: A farewell to arms? 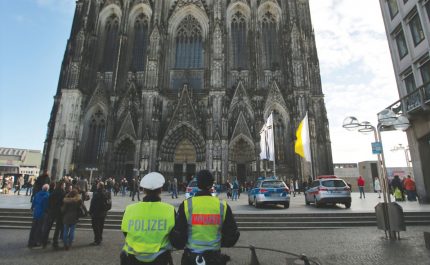 Does robotisation spell the end for humanity?